OBSERVATIONS FROM THE FINTECH SNARK TANK

According to the Wall Street Journal, retail giant Walmart announced that it will acquire two fintech startups including Even Responsible Finance, which Walmart already uses to offer its employees early wage access, and ONE Finance, a neobank.

“The strategy is to build a financial services super app, a single place for consumers to manage their money.”

The Wall Street Journal reported that the acquisitions are expected to close in the first half of 2022, and that Walmart still has about $250 million in cash for further acquisitions or investments.

Walmart first announced its plans to launch a fintech unit back in March 2021. At that time, I published an article titled Walmart’s Fintech Ambition: A Super App, Not The ‘Bank Of Walmart’ and wrote:

“Walmart’s fintech aspiration is a lot bigger than just creating a digital bank—it’s creating a true digital ecosystem in the form of a super app.”

While hardly a household term in the US—yet—the “super app” concept is often misused and misunderstood. Just selling a lot of different types of products and services on a mobile app does not make an app a super app.

Super apps are ecosystems. They’re enclosed experiences that make it easy to accomplish a wide variety of tasks—as long as the tasks occur within the walled garden.

To date, super apps don’t really exist in the US—but they’re dominant in China. A screen shot of one of the leading super apps, WeChat, demonstrates the breadth of services integrated into a single app.

The following chart shows a comparison of services included in three of Asia’s most popular super apps.

The super app term is often misused here in the US because the technical aspects of a super app are misunderstood.

Super apps rely on mini programs—lightweight apps that run inside another app. They don’t need to be downloaded or upgraded through app stores. They make it possible for one app to perform the service of many apps.

Walmart’s super app opportunity is a lot bigger than just acquiring and integrating a neobank and earned wage access provider.

This won’t be an easy task.

Two factors have prevented—or at least, provided resistance to—the development of super apps in the US:

While Walmart will position a super app in terms of how it benefits low- to middle-income consumers, the company stands to benefit significantly from a successful walled garden. Its DNA is efficiency and cost control—and that’s the ultimate promise of a super app for the supercenter. 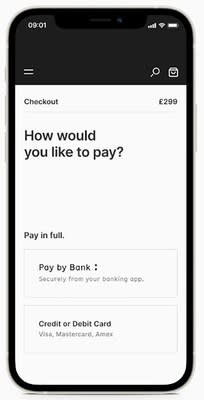