Western Alliance Bancorporation (WAL 1.04%) describes itself as “the bank for all seasons” for having the flexibility to rapidly adapt its business and capital allocation in response to changing market environments.

The bank demonstrated its ability to adapt and sustain good results in a horrible market during the pandemic. And even though Western Alliance’s stock price dropped along with the rest of the market in 2020, the company’s management adapted its business quickly. For example, by the end of 2020, Western Alliance’s net income had grown rapidly, and the stock had recovered all of its losses from March.

Today, the economic situation has changed, and the bank needs to respond to a rising interest rate environment. Here’s why Western Alliance makes an excellent investment in the current market. 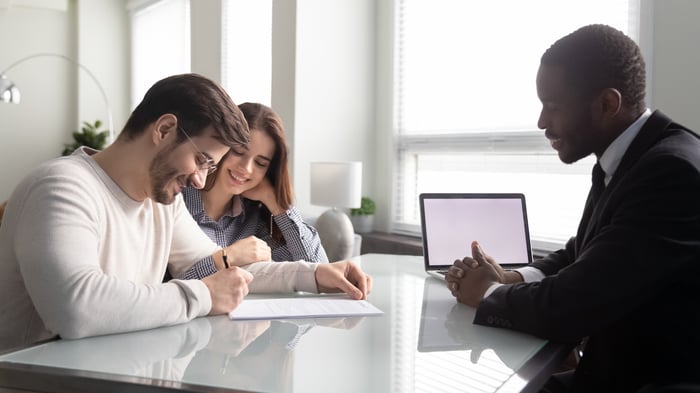 1. Banks are sensitive to interest rates

Typically, when the market thinks interest rates will rise, it looks for investments that will respond favorably. And virtually all banks are sensitive to interest rates, meaning profitability can go up or down based on interest rates rising or falling.

Western Alliance’s competitive advantage is that it can create higher margins than many other banks by maintaining a relatively high amount of non-interest-bearing deposits — typically checking accounts. As of the first quarter of 2022, Western Alliance paid no interest on 45.1% of its deposits. In comparison, Factset reported that in 2019, median large bank holding companies held 22.7% of total deposits in accounts that pay no interest — making Western Alliance’s loan costs lower than peer banks. In addition, with a lower cost of funding loans, Western Alliance’s profitability rises faster than most banks when it raises borrowers’ interest rates — meaning it is more sensitive to interest rate movement than many other banks.

2. Wise use of variable interest loans

Banks that gain the most in a rising interest rate environment have a relatively high percentage of their loans in variable interest rate loans. These loans have rates that align with increases or decreases in a benchmark interest rate or index.

The Federal Reserve June 15 meeting should result in 84% of Western Alliance’s loans with rate higher than the floor — meaning future rate hikes after June 15 will result in a rising net interest income (NII), a bank’s version of a gross profit number.

Western Alliance has projected that with a 100 basis point (bps), or 1%, rise in interest rates over 12 months from the end of March, its NII could rise anywhere from 6.8% to more than 25%. And with a 200 bps rise over 12 months, its NII could increase anywhere from 15.4% to more than 40%. So a rapid rise in interest rates should see Western Alliance shine.

However, one thing that could throw a monkey wrench into the above projections is a recession — a scenario that would likely halt further interest rate hikes. Nevertheless, Western Alliance has a savvy management team that adapts its business to do well whether interest rates remain at historically low levels or if interest rates rise faster than expected — meaning there’s minimal downside if rates fail to go higher.

While profitability in the form of the net interest margin (NIM) remained relatively stable in the first quarter of 2022 at 3.32%, Western Alliance investors are banking on NIM expanding over the next year. And with solid loan growth forecast to continue, analysts expect quarterly earnings to grow by double digits year over year in the second half of 2022.

If you believe interest rates will continue to rise, Western Alliance is a conservative way to invest in the trend.

Can US recession slam the brakes on Indian IT sector's dream run?

Wed Jun 15 , 2022
. While addressing the 27th annual general meeting of Tata Consultancy Services, Tata Sons chairperson N Chandrasekaran recently warned of a “stagflationary impulse” in the backdrop of the ongoing Russian invasion of Ukraine. . However, he said that TCS was […]