Uncertainty about the trajectory of the economy played a role in market turmoil on Friday, as the tech-heavy Nasdaq closed down 4.2 percent for the day and the Dow Jones industrial average lost 939.18 points, or 2.8 percent. The S&P 500 tanked 3.6 percent on Friday, erasing 9.1 percent of value in April, its worst month since March 2020. And it’s down 13.8 percent in 2022, the worst start to the year since World War II.

The economy is being pulled in multiple directions at once, weighed down by soaring energy, food and housing prices while being buoyed by a tremendous labor market, pent-up demand, consumers with high savings and continued strong business investment. The next few weeks could determine which economic forces prevail and shape the fortunes of households and businesses heading into the midterm elections.

“The market is worried about a very fragile economic outlook, as it should be,” said Joe LaVorgna, chief Americas economist at Natixis and former Trump White House economic adviser. “The economy is fundamentally soft: The Fed is going to hike next week, the situation in Ukraine is not getting better and high inflation is cutting into costs.”

At the same time, vacation bookings are soaring, car sales are booming and Americans continue to spend with abandon, thanks to higher wages and brisk hiring. Yet, the economy unexpectedly contracted in the first quarter, led by trade deficits and a drop in inventory purchases.

The economy’s diverging paths played out in a Commerce report on Friday that showed surges in both consumer spending, up more than expected in March, and inflation, which shot up in March by the most in more than 15 years.

“There are so many factors pulling on our economy right now — the uncertainty and low numbers — despite the fact that demand is so high,” said Tara Sinclair, an economics professor at George Washington University. “That can be worrisome because when businesses and decision-makers — from the household level to Fortune 500 companies — start worrying about the ‘R’ word, it can become a bit of a self-fulfilling prophecy. ”

On Capitol Hill, politicians are pouncing on widely divided numbers to support their policymaking pursuits ahead of the critical 2022 midterm elections. Two years after the worst economic crisis in generations, perhaps no issue is likely to motivate Americans more at the polls than the state of their own finances.

Democrats this week insisted that the 1.4 percent annualized drop in gross domestic product reflected broader economic tail winds — from new shortages in global supply chains to the evolving consequences of Russia’s invasion of Ukraine. As they have for months, party lawmakers instead tried to highlight other, more encouraging indicators, including a continued burst in hiring, a low unemployment rate and sustained consumer spending, all under Biden’s watch.

“It’s not a good sign,” Sen. Richard J. Durbin (D-Ill.), the majority whip, said about the GDP numbers during a brief interview. “[But] there are enough positive indicators that things can turn around.”

Meanwhile, for Republicans, the economic contraction provided fresh fodder to intensify their opposition to Democrats’ legislative solutions in the face of a potential sea change this November that might elevate them to majority power. Few GOP lawmakers are expected to support any of Democrats’ efforts to combat inflation, for example, which Republicans instead blame on Biden’s spending policies.

“They’re hurting our economy,” said Sen. Rick Scott (R-Fla.), the leader of the National Republican Senatorial Committee, which aims to elect party lawmakers to the chamber. “It’s making it difficult for people to get back to work.”

Companies across sectors are feeling the economic crosswinds. For example, brisk sales of Apple Watches, iPhones and MacBooks in the first three months of the year helped propel Apple’s sales to an all-time high of $97.3 billion. But looming concerns about the war in Ukraine and coronavirus lockdowns in China, including supply chain snares, could end up costing the company $8 billion this quarter, Apple reported. Apple closed down by 3.7 percent on Friday.

And Amazon led market losses on Friday with a 14 percent drop, the largest one-day sell-off in 16 years. This followed a weaker earnings report, as the company posted its first big quarterly loss since 2015 this week, due to a loss on its investment in electric vehicle maker Rivian.

“There’s no question the market is pricing in a recession,” said Anthony Chukumba, an analyst at Loop Capital Markets. “When you see bellwethers such as Netflix and Amazon miss numbers by a country mile, that’s concerning — particularly when it’s happening in the tech space, which for so long has been the market leader.” (Jeff Bezos, the founder of Amazon, owns The Washington Post.)

The farm and construction equipment company Caterpillar, which posted a 14 percent increase in first-quarter sales Thursday, also warned that widespread coronavirus lockdowns in China could push down demand for excavators later this year. The company said it is also dealing with ongoing shortages and delays for components like semiconductors. Caterpillar closed down 1 percent on Friday.

“The environment continues to be challenging due to supply chain constraints and the more recent covid-19-related shutdowns in China,” chief executive Jim Umpleby told analysts during an earnings call this week.

The one bright spot for the economy has been the labor market — which has added 1.7 million jobs so far this year. The U.S. unemployment rate, at 3.6 percent, is near record lows and wages continue to tick up.

“The economy did hit a speed bump but when you look under the hood, there are a lot of things to like,” said Ken Kim, U.S. senior economist at KPMG. “The good thing is that there’s strength in the labor market. We’re still optimistic about the U.S. expansion for 2022 and don’t see a recession on the horizon, either this year or next.”

But some economists say that momentum is likely to slow later this year, especially as the Federal Reserve continues raising interest rates in hopes of curbing inflation.

The Fed board is scheduled to meet next week and is expected to raise interest rates by another 0.5 percentage points, which will be the biggest increase since the year 2000, and could likely do so again in June. Investors are worried that the dour economic news could influence future rate hikes, which is also rattling markets.

Fed officials, including Chair Jerome H. Powell, have said they are aiming to guide the economy toward a “soft landing,” avoiding a recession, by raising interest rates just enough to cool inflation, though economists say finding the right balance will be tricky.

“It’s hard to get from here to where the Fed wants to be on inflation without an increase in the unemployment rate or a risk of recession,” said Diane Swonk, chief economist at accounting firm Grant Thornton, who expects unemployment to end 2023 at over 5 percent. “When you’re skating on thin ice, it’s not hard to fall through.”

At Delta Children’s Products, consumers have so far been happy to splurge on furniture for babies and toddlers — even as the company has marked up prices by as much as 25 percent to offset rising costs of raw materials and shipping. Sales are up 12 percent this year on the company’s cribs, mattresses and strollers, which are sold at major retailers including Walmart, Pottery Barn and Buy Buy Baby.

But President Joe Shamie says he’s worried about the future. Birthrates are dropping, which means he has a shrinking pool of buyers, and lockdowns in China continue to weigh on production and shipping. He’s concerned, too, that consumers may soon begin pulling back if they start to worry about their own financial prospects.

“We’re extremely concerned about what’s going to happen next,” Shamie said. “There are a lot of holes in the economy that need fixing.”

Aaron Gregg contributed to this report.

Sun May 1 , 2022
The biggest meeting of the year dedicated solely to the topic of drilling automation revealed that the ultimate barrier facing this emerging development is not the technology. It’s how the business of drilling is done. This is according to many of the technical professionals that participated in a recent symposium […] 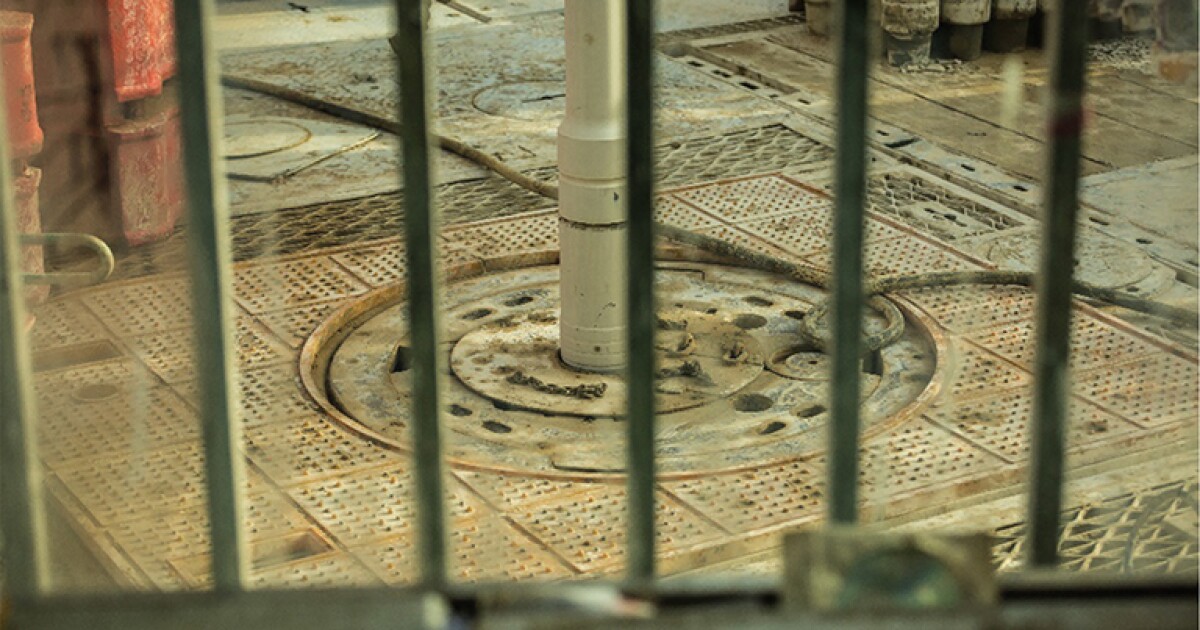