Skip to content
The supply-chain crisis and trade shocks due to Russia’s invasion of Ukraine will lead to a huge rise in inflation over 6 to 8 months. As the Indian government cuts oil excise duties to counter this surge, the current account deficit will widen, weighing on the country’s growth. HDFC Bank recently downgraded its growth forecasts to 7.9% from the 8.2% projected earlier. The bank expects the current account deficit to stand at 2.3%.

The continuing conflict is expected to have further adverse effects on economic growth and inflation. The annual inflation rate soared to 6.01% in January 2022, a 7-month high. This is outside the Reserve Bank of India’s (RBI) inflation-targeting band and much higher than its predictions for 2022-23.

Although the RBI Governor recently said that high prices were only due to the base effect, the Ukraine war could change the narrative. Rising crude oil prices contribute to rupee depreciation, rising fiscal deficit and an increase in inflation. According to estimates, a 10% surge in oil prices can increase inflation by 40 basis points (bps), raise fiscal deficit by 30 bps, and reduce GDP growth by 20 bps.

The geopolitical developments in Europe and the sanctions on Russia might not let inflationary pressures recede in the short term. The problem is that India’s economy is also struggling with demand problems. Any use of deflationary policies will further hurt aggregate demand and threaten recovery.

Impact on markets
Russia and Ukraine hold a significant share of the global commodities trade. Russia supplies 10% of the global nickel. Together with Ukraine, it accounts for 29% of the global wheat exports. Some other commodities they supply extensively include palladium, natural gas and corn. So, it comes as no surprise that the commodities sector touched record highs recently. The prices for nickel, aluminium and wheat rallied to their highest in 50 years on March 4, 2022. As a result, commodity currencies like the Australian dollar (AUD) and the New Zealand dollar (NZD) also surged.

The debt market’s trajectory will depend on the inflation figures, outflows of foreign capital, the Indian government’s borrowing programme and the US Federal Reserve’s monetary policies. While rising inflation and rupee depreciation might decrease corporate profitability, the good news is that long-term growth forecasts remain resilient. Not only is policymaking on track, India has a huge domestic investor base today. This could be a great time for buy-on-dip strategies, as valuations come down to historical averages.

Some sectors that stand to benefit from this crisis are the Indian largecap IT industry, financials, and capital goods. The Indian IT sector could become an alternative for businesses exiting the Ukrainian and Eastern European markets. Another sector that would be resilient against this crisis is the Indian agriculture sector, which has enough stocks right now to sustain the growth momentum, even as supplies from Russia get disrupted.

Industries that might see a decline include the automobile sector, which will bear the brunt of semiconductor shortages, due to a supply-chain constraint in palladium.

Delicate balancing act
India has so far retained a diplomatically neutral stance on the Russia-Ukraine crisis, and with good reason. Russia is a strategic economic partner, with strategic investments in India’s civil nuclear energy sector and defence. The governments of both countries aim to increase bilateral investment and trade by $50 billion and $30 billion, respectively, by 2025.

India imports fuels, precious stones, mineral oils, boilers, fertilisers, equipment, and machinery, among other goods, from Russia. Plus, it exports pharma products, vehicles, organic chemicals, and many other products to Russia.

We are, therefore, in a delicate position. Siding with the US and the West will put our country at risk from hostile neighbours like China and Pakistan. Russia is not only a major arms supplier but has also maintained a diplomatic stance in India’s relations with these countries.

On the other hand, not supporting the West puts India at risk of losing strategic alliances with the US and the European Union, something that Prime Minister Modi has been keen to strengthen.

The US dollar has appreciated significantly against the rupee recently. India is much better prepared to deal with the “taper tantrum” due to its considerable foreign exchange reserves and manageable current account deficit.

Moreover, India’s tourism sector could gain from the sanctions. It might become a transit hub for Russian citizens, boosting the airline industry. With rising gold prices, India can expect a huge wealth effect. As the world’s second-biggest consumer of gold, after China, India’s gold could become the source of future capital reserves for investment and growth.

In this highly interconnected global economy, India will unfortunately not escape this crisis unscathed. But the economy might only experience a short-term decline. The market volatility in the coming months might provide plenty of trading opportunities for investors.

Mon Mar 21 , 2022
NEW YORK/LONDON Feb 26 (Reuters) – Investors were preparing on Saturday for more wild gyrations in asset prices after Western nations announced a harsh set of sanctions to punish Russia for its invasion of Ukraine, including blocking some banks from the SWIFT international payments system. New measures announced by the […] 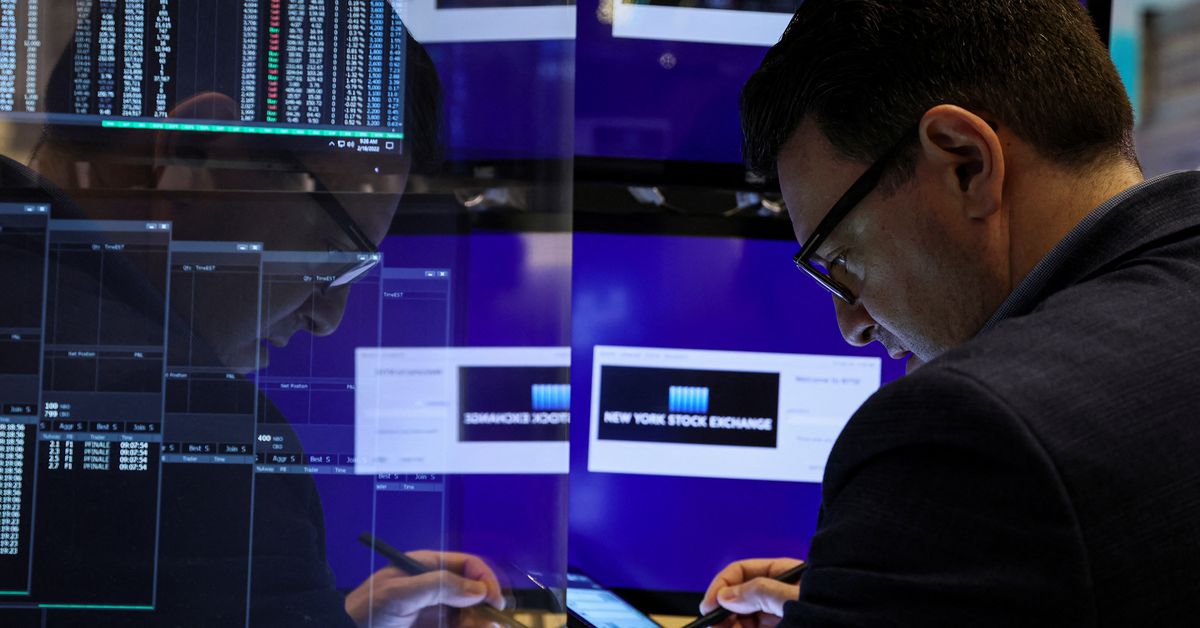