That’s the Los Angeles difference. Call it the American Dream personified: wealth, diversity, and possibilities. Palm trees and beaches, cool and sunny — the playground of celebrities, with a GDP the size of Saudi Arabia! Hemmed in by mountains and ocean, LA is home to iconic names like Rodeo Drive and Sunset Boulevard— and neighborhoods as distinct as Beverly Hills and Venice Beach. Yes, Los Angeles is a city of contrasts: noir and glitz, sprawling studio lots and congested freeways, luxury boutiques and comfy bungalows. In the end, these distinctions are what UCLA Anderson students love about the region.

“The best thing about earning an MBA in Los Angeles is that it’s incredibly diverse, so no matter who you are, you can find your people,” observes Aliyah Lee, a first-year who studied engineering at Northwestern. “Whether you’re into surfing or archery or glassblowing, you will be able to find people who are also interested in that same thing. No matter where you’re from, even the tiniest countries, you will come here and find a community of people from the same place. And Anderson really encourages you to make those connections, both with people like you and people unlike you.”

Amelia Mockett is another Class of 2023 member who was attracted to Anderson’s LA digs. An MIT-trained engineer who became a business manager at Capital One, she lauds the city for its “cultural diversity, natural beauty, and year-round sunshine.” More than recreation, she notes, the region boasts unrivaled opportunity for ambitious MBAs.

“If you drive 5 hours from LA, you could be in the desert, in the mountains, at any number of marvelous beaches, or in another country,”Mockett notes. “There’s always something new to explore on the weekend! Los Angeles also has a wide set of industries where MBAs can go: there’s more than just entertainment in LA! UCLA is very close to Century City and all the companies in Santa Monica and Venice, and the Metro makes downtown LA accessible as well.”

Santa Monica and Venice  make up part of LA’s fabled “Silicon Beach” A tech and startup hub, the area launched billion dollar firms like Hulu, Snap, ZipRecruiter, Riot Games, and Tinder. At the same time, the area includes sizable outposts for firms like Facebook, Google, Salesforce, Netflix, and Sony. The LA region also features the country’s busiest port, which helps support a wealth of mid-markets ranging from supply chain to cloud support. Of course, entertainment is LA’s crown jewel, where major studios like Warner Brothers and Paramount rely heavily on services like animation and promotion. All in all, that creates avenues for Anderson MBAs to partner on projects and pursue internships and employment from top employers nearby.

“Los Angeles can’t be beat in terms of access to opportunities in entertainment, real estate, and marketing,” writes first-year Jasmine Gipson, a Harvard grad who last worked in economic development. “The giants in those industries are essentially at your doorstep. I am still new to LA, but the people of Los Angeles are some of the kindest people I’ve encountered. Everyone is friendly and constantly offering a helping hand.” You’ll find that same helping hand at UCLA Anderson’s legendary Parker Career Center. It consistently ranks among the top centers in student surveys conducted by The Economist and The Financial Times. For Daniella Ryskina, a KPMG management consultant before re-locating to Westwood, the Parker Center played “a key role” in her decision to pursue graduate school — a decision that was reinforced by rave reviews from students and alumni alike.

“Personally, I was drawn to Parker’s Industry and Function Insights Panels and Immersion Programs,” Ryskina explains. “As part of the Industry and Function Insights Panels, Parker hosts a series of sessions featuring Anderson alumni. These conversations seek to help students understand the current dynamics of specific industries, functions, career paths, and recruiting strategies…This year, Parker piloted three new Industry Immersion Programs specifically designed for enhanced recruiting experiences in finance, consulting, and technology…I was particularly appreciative of Parker’s desire to introduce innovative methods for students to be prepared for recruiting, given conversations with firms start earlier and earlier each year. When selecting an MBA program, it was important to me to have a career center that was both proactive in helping students understand career opportunities and forward thinking to keep up-to-date with evolving recruiting and interviewing tactics.”

This combination of institutional support, business opportunities, and laid-back lifestyle makes the Anderson experience invaluable, adds Dmitry Glinets. “First, there is the professional aspect – this is an amazing place for the tech, healthcare, entertainment and sports industries and of course, innovation. The network is extremely large, diverse, and nearby. Plus, it’s always good to be an hour’s flight away from the Bay Area. Second, nothing can beat LA as a place to live for a young adult – the food, the culture, the nightlife and of course, the very warm weather. I couldn’t ask for a better environment to do my MBA in.”

Glinets, who grew up in Israel, joined the Class of 2023 after working as a project manager at GE Healthcare. And his classmates will surely tap into his experience.  “I was part of a team that developed smart AI-driven Ultrasound devices (Venue, Venue Go, Venue Fit) that help diagnose COVID-19 severity through lung scans. Seeing our devices in the emergency rooms in Wuhan at the beginning of this pandemic made me proud and showed me how meaningful the workplace you work in is.”

His classmate, Judy Wang, was also a project manager — at Google.  Her big moment came in 2019, when she gave a keynote presentation in front of thousands at Spring One, the largest and most prestigious gathering of practitioners who develop and operate cloud-based software. And

“The stage is usually meant for industry experts and thought leaders with years of experience,” Wang tells P&Q. “So as an early career product manager barely 3 years out of college, it was totally out of my comfort zone. That said, it was a unique way to learn about leadership through influence and presentation that was very different from my typical day-to-day as a product manager.” Before Anderson, Rohit Kolar served as an assistant vice president at Citigroup Markets, while Vanessa Nunez will earn a joint MD-MBA in 2023. In Texas, Kitt Rosenfield held an account manager title that didn’t quite represent the scope of his responsibilities at Facebook.

“An opportunity came up to join the newly-formed health team,” she reminisces. “I had no prior industry experience, but I recognized the opportunity to shape the narrative on a scrappy, nimble team. Two years later, I had established myself as an industry expert and had helped to cement the Health team’s reputation as a consistent driver of growth and innovation. Leaning into the uncertainty helped me to grow personally and professionally and I believe was an important part in my taking the leap from being fully employed to being a full-time student in order to achieve my long-term goals.”

Taylor Truan, who grew up in a Wisconsin town with 559 people, previously served as an Engineer Officer for the U.S. Army. In 2017, he worked alongside Afghan security forces and NATO, leading a platoon in counter-explosive operations. By the same token, Aliyah Lee holds the distinction of being the first hire for the business operations team at Blavity, the largest news and lifestyle platform catering to Black Millennials.

“I was heavily involved in the majority of the projects we carried out. Being so early in my career when I started, I was surprised and excited to be given so much trust and responsibility. Over my time there, I created and implemented countless tools and processes to help our organization run as efficiently as possible. Seeing how the organization has grown over the past 3 years and knowing that it wouldn’t have been possible without my input is deeply rewarding.”

BEFORE QUEEN AND KANYE

Jasmine Gipson’s input was also valued. In her first job, she co-founded a DEI taskforce that included her firm’s CEO. Kendall Brown performed a similar feat at Accenture, where she created an Inclusion and Diversity Education team. “We developed curriculum for I&D training opportunities and secured funding from senior leadership to utilize a web-based, e-learning platform to deploy to 300+ practitioners across the South region,” Brown writes.

Long before her management consulting days, Brown worked as a child actor, whose credits include The Young and the Restless and McDonald’s commercials.  Daniella Ryskina’s parent emigrated from Ukraine, with Danielle being the first in her family to be born on American soil and earn a college degree. At Cambridge, Joachim Cassel was part of a choral group that performed in front of Queen Elizabeth and Kanye West. And how is this for a first job… The Anderson MBA is defined by its three pillars: Share Success, Think Fearlessly, and Drive Change. Share Success emphasizes collaboration at Anderson, a spirit that extends beyond classmates to include faculty and alumni. With Think Fearlessly, students are expected to imagine big alternative and push inventive solutions that would intimidate lesser students. Finally, Drive Change acts as a reminder that outcomes matter. That means setting priorities and measuring their success by their impact.

Vanessa Nunez, for one, finds that Driving Change resonates most with her. “The last year-and-a-half has highlighted how our current systems and institutions have led to enormous disparities for communities of color; we know that going back to “normal” is not an option. I acknowledge the tremendous privilege I have of getting to learn from tremendous leaders at Anderson, and I am confident that we will all leave here ready to move forward and drive change that will lead to a more equitable, just and safe world for all.”

In contrast Jasmine Gipson has seen the Think Fearlessly spirit deeply ingrained in her classmates. “My classmates are a wonderful group of diverse and brilliant individuals,” she writes. “Without their voices in the classroom, my own learning would not be as rich. I believe this pillar allows us to share our ideas, differences, and deepest concerns without fear, making the Anderson family a place of genuine learning.”

Among the Class of 2023, the most popular pillar is Share Success. Judy Want has experienced the best and worst business cultures. For her, a Share Success sentiment builds trust and empowers teams to act. “I have had the opportunity to work in both environments that have built me up and supported me through hardships, as well as those that were antagonistically competitive and treated career success like a zero-sum game. These experiences allowed me to observe and reflect on how teamwork and mentorship truly create a whole that is greater than the sum of its parts. Working collaboratively in a trusting, psychologically safe environment has extracted more creativity and innovation out of myself than I could ever accomplish alone. I learn more, I am more impactful, and I have much more fun in the process.”

Thu May 12 , 2022
Sea, one of south-east Asia’s largest technology companies, is preparing a move into Indonesia’s insurance sector as it battles regional “super app” competitors for dominance in one of the world’s fastest-growing markets. The Singapore-based company has drawn up plans to acquire an insurance company in Indonesia, the region’s largest economy […] 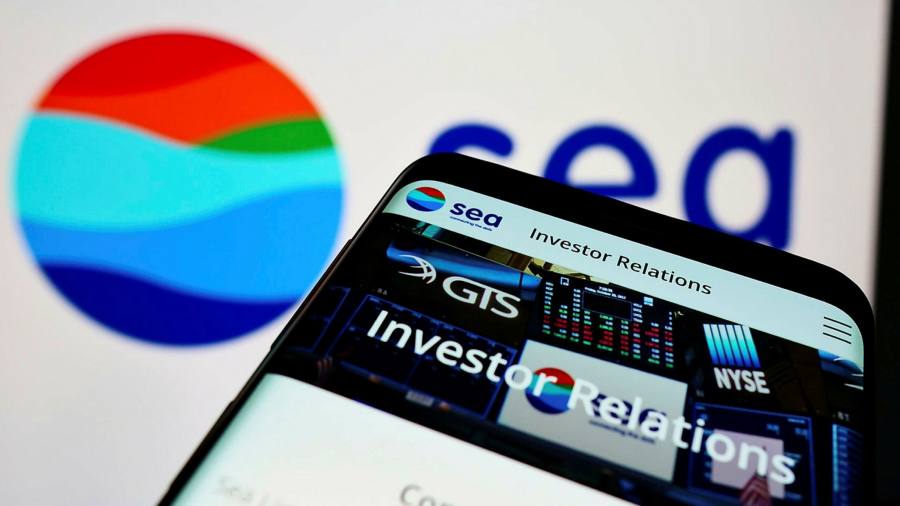