The founders that Amazon’s industrial innovation fund is backing include a serial entrepreneur, a pair of Carnegie Mellon robotics Ph.D.s and the former head of claims at insurance giant AIG.

Walking, dancing robots have garnered lots of attention, but the actual use of bi-pedal robots has remained relatively limited to date. Damion Shelton and Jonathan Hurst, friends since their days as graduate students in robotics at Carnegie Mellon University, teamed up seven years ago to change that.

Their company, Agility Robotics, which is based in Corvallis Oregon, designed a sleek turquoise and silver robot called Digit that can perform basic tasks required in a warehouses, where short-staffed workforces have been pushed to their limits to work ever-faster without errors. Digit can crouch to pick up boxes, reach up to place them on shelves and pause when it senses a person or barrier in the way.

“We wanted to get into the logistics space broadly because labor cost is high and there are tasks that are straightforward to automate,” says Shelton, 44, who previously founded a 3D scanning company and is Agility’s CEO. “What we have focused on is bulk manipulation tasks that don’t require a lot of judgment or dexterity.”

Agility, which has raised a total of $180 million at an undisclosed valuation, is one of five initial investments from Amazon’s new $1 billion industrial innovation fund. The retailing behemoth announced on Wednesday that it had set up the fund to invest to companies using technology to improve supply chain, fulfilment and logistics. The move comes as industrial innovation, once seen as a backwater for investment, has become an increasingly hot area with dozens of new companies springing up to improve warehousing and logistics, as well as to introduce technologies on the factory floor.

Each of the five companies that Amazon picked for its initial portfolio investments has a particular technology that could be extremely useful to the retailing goliath’s warehouses. In addition to Agility, the companies include Greenville, South Carolina-based Modjoul, which makes wearable safety technology; Santa Clara, California-based Vimaan, which uses computer vision and artificial intelligence to improve inventory management; Israel-based BionicHive, which developed an autonomous robotic solution to adapt to existing shelf racks and boxes in warehouses; and San Francisco-based Mantis Robotics, which came up with a tactile robotic arm that uses sensor technology to cohesively work alongside people. For each of the companies, having Amazon as an investor offers both a stamp of approval and a potential giant customer for its technology.

Eric Martinez, the former head of claims at insurance giant AIG, founded Modjoul in 2016 to address the injuries he’d seen for years in that role. “We’re a scrappy young company that looks out for people,” he says. In his previous corporate life, the insurance executive, now 53, had 30,000 people reporting to him; as CEO of Modjoul, he set the company up in a tiny office above a pizza shop near the Clemson University campus, while he worked from his house in Mercer Island, Washington.

The company developed a belt, which uses accelerometers, gyroscopes and magnetometers, to measure how employees move during the day and buzzes when those movements could cause injuries. The company has also developed a similar device for hands and wrists that it markets with publicly traded Ansell, as well as a radio frequency identification, or RFID, system to make sure the devices (or anything else a customer might need to keep track of) stay on site.

It took a long time to get customers in the worker-safety space, and the pandemic was particularly hard as manufacturers and retailers set up tight Covid protocols. But over the past year, the company has gained traction, helped by increasing consumer acceptance of wearables like the Apple Watch and other fitness devices. Modjoul’s revenue reached nearly $5 million last year, and its devices now protect some 80,000 employees at more than 50 companies, Martinez says. “We are really good at picking out who is most likely to be injured,” he says.

That’s especially important, he says, because the majority of employees will bend and twist correctly, but the outliers who don’t end up with the bulk of the injuries. Those injuries are awful for the employees who endure them, and also expensive for the companies that employ them in terms of sick days and workers comp insurance costs. In Amazon’s shareholder letter last week, CEO Andy Jassy pledged to improve worker safety with a focus on reducing strains, sprains, falls and repetitive stress injuries. He noted there that the company’s programs included “wearables that prompt employees when they’re moving in a dangerous way.”

Amazon’s investment in industrial wearables that improve worker safety comes as Modjoul’s competitor, StrongArm Technologies, which counts Walmart as a customer, raised $50 million for its own expansion. “You can see the battle lines,” Martinez says.

As Modjoul expands, Martinez figures there’s room to gather increased environmental data, such as whether the sound is high enough to require earplugs or the lighting creates a trip-and-fall hazard. But one thing he says he won’t do is add biometric sensors to the devices. “That is a bridge too far to get heart rates and breathing patterns,” he says. “We’ve had employees ask, ‘Does this have a blood alcohol sensor in it? Does it have a microphone in it?’ We have to garner their trust.”

SK “KG” Ganapathi, meanwhile, founded Vimaan, which offers insight into what’s going on with inventory. “There’s a lot going on with traditional robotics, moving things from one place to another, but the visibility is missing,” he says.

Ganapathi, a 57-year-old serial entrepreneur who sold his previous companies to Lenovo and Qualcomm, had started the business in 2017 to design drones for indoor warehouses. Soon, his customers told him that what they really needed was inventory management. So he refocused Vimaan, which had raised nearly $25 million from NEA,Wing VC and Neotribe Ventures before the Amazon announcement, to track inventory using computer vision and artificial intelligence.

Vimaan’s tracking gets to the smallest detail, including not just bar codes, but also expiration dates, serial numbers and the like, and does so in real time as items move from the warehouse to a store or an individual customer. “A bar code is like representing a car from its license plate,” Ganipathi says. “It doesn’t tell you if the product is damaged, it it’s old or if it’s new.”

That allows Vimaan’s customers—he declines to name them, though says they span food, telecommunications, medical and pharmaceuticals, as well as third-party logistics companies—to know exactly where products are and to capture errors and discrepancies in real time. If a customer files a claim for a lost item, for example, the retailer can immediately see what happened and whether they’re telling the truth.

Ganipathi says that the result is that customers see a return on investment in months rather than years. “Any other implementation gives you an ROI in a two- or three-year time frame,” he says. “We give you an ROI in three to seven months. The value comes from reducing your inventory losses and making workers much more efficient and productive.”

As for Agility, the Amazon funding is just part of a large Series B investment, totalling $150 million, led by existing deep-tech investors DCVC and Playground Global. While its earliest robots were used largely for research and development and Ford Motor received the first two Digit robots to explore last-mile delivery, Agility intends to use the new funding to ramp up delivery of those robots to companies struggling to hire warehouse workers.

Shelton figures that Agility has already sold “mid double digits” of the robots in its current series, and that it should be able to sell “healthy hundreds of units” by yearend 2023, with the numbers rising rapidly by 2025. That, he points out, is different than what’s happened to many robots, including those that have done well in the various challenges run by the Defense Advanced Research Projects Agency, or Darpa, where amazing technology didn’t result in commercial sales.

“Every version of every robot, we have sold. We have never done anything that was purely an engineering study,” he says. “You have to get the technology out there.”

Sat Apr 23 , 2022
Elon Musk said on Thursday that he had commitments worth $46.5 billion to finance his proposed bid for Twitter and was exploring whether to launch a hostile takeover for the social media company. In documents filed with the Securities and Exchange Commission dated Wednesday, the world’s richest man said he […] 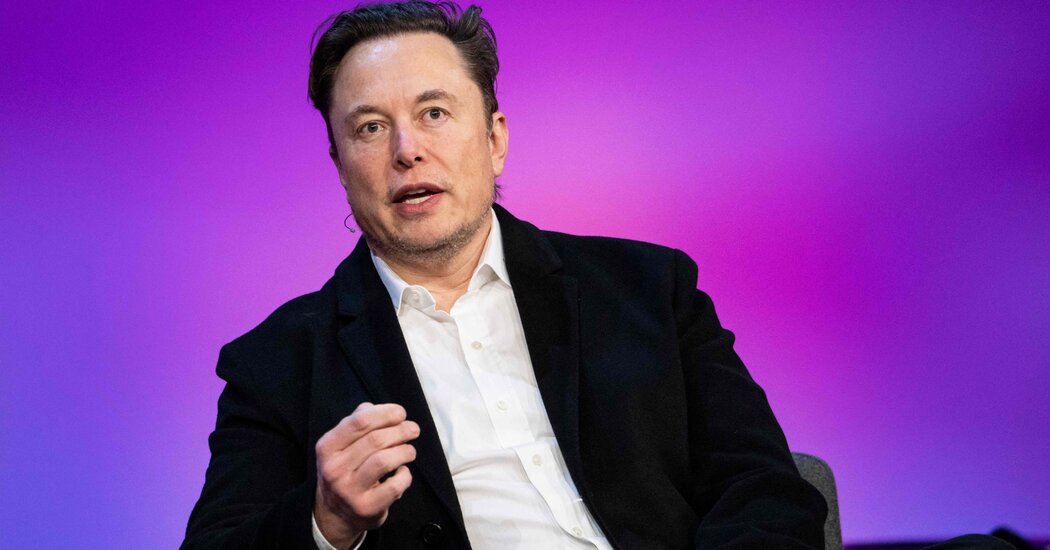