And so it is perhaps unsurprising that the insurance profession has so keenly embraced the aims and ambitions of the Insurance United Against Dementia (IUAD) campaign. In a recent interview, the fundraising and awareness-raising initiative’s new chair, Aon’s global head of climate strategy Richard Dudley (pictured), noted that since the campaign launched in 2017 it has gone from strength to strength.

Since its launch, IUAD has raised around £7 million and has set its sights on the £10 million mark, but Dudley believes it will likely stretch its ambitions beyond even this reputable goal. Most of the progress that has been made in the five years has been primarily driven by relationships, firms and individuals who are either in or related to the London and international insurance market. This has largely been a result of the makeup of the board, he said, and the people who have driven the campaign’s corporate or individual fundraising.

“A lot of those networks have been in this part of the business effectively, it’s where Chris and I are based, our home offices are both in the City of London,” he said. “So I think for the next stage of the campaign, what we’re really keen to do is to expand on the good work we’ve already done in the commercial lines market more broadly in the UK… and we’d like to do more in the personal lines space, the protection and health space – which is something we haven’t really touched at all.”

IUAD is delighted to welcome two new board members from that side of the business – Rose St Louis from Lloyds Banking Group and Peter Hamilton from Zurich. Both are passionate about the topic, he said, and are keen to get stuck in and help expand the initiative across different parts of the industry. Tapping into the reinsurance market is another part of Dudley’s strategy as chair, with Ian Branagan of RenaissanceRe Holdings also joining the board.

Read more: How can insurers support those impacted by dementia?

“We know that having those three people on the board is going to help us to extend our reach,” he said. “But also I think there are a few things we haven’t done as consistently as we could have. One of those is to have a more regular and proactive approach to making people aware of the campaign because we’ve traditionally tended to do it in bursts.

“We have events, we have the Insurance Day of Giving, but we need to [raise awareness] consistently across the year as well. It’s almost like filling a bath. We tend to fill the bath then pull the plug out for a bit and then refill the bath again. What I’d like to see is the water level of awareness rise on a more consistent basis.”

In addition to this, a core focus for IUAD going forward will be driven by the former chair, QBE’s Chris Wallace, who will be taking on a new role in order to focus on the legacy aspects of the campaign. That’s how the industry thinks about, engages and looks after those who are impacted by dementia, he said, and that’s the people who suffer from it themselves and those who care for them. That has always been an element of the campaign – but going forward this will be further elevated.

Looking to the future of the campaign, Wallace said he can see there is a wonderful opportunity for the insurance sector ahead as IUAD enters its next phase. The progress made by the initiative has been fantastic to date, he said, but there is always more to do. The opportunity presented now is to promote greater connectivity and greater awareness of the work that is being done and the impact it is having.

“And we’ve been looking to push into the non-commercial sectors of the industry for a little while,” Wallace added. “I think the work that Richard has done in a very short period of time gives us a nice platform to extend the reach, the awareness and the connectivity of [IUAD].

“If you join those different pillars across the industry together, the power of the industry in driving awareness of dementia, of the services available, and of how to treat employees, families and customers in that predicament is really something. It’s also just a wonderful opportunity for the insurance industry to prove, yet again, that it cares and it can make a difference.”

Wed Apr 6 , 2022
RSM US has promoted Stacy Dow to head of financial consulting and managed services. She is based in Boston. Dow – who has been at RSM since 2010 – will oversee strategy, execution, and operations for the accountancy’s financial consulting practice, which offers services in valuation, investigations, restructuring, and litigation and […] 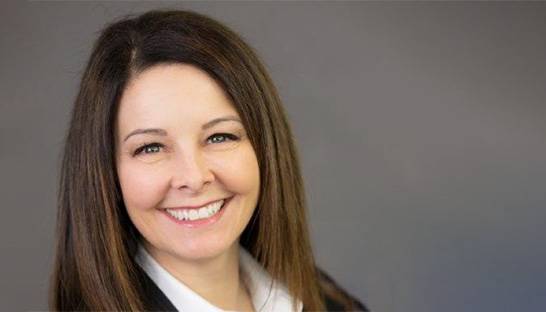