“The purpose of the credit is to make certain that we can take the risk and provide the comprehensive set of services [the businesses] need,” said Sandra Moore, managing director and chief impact officer of Advantage Capital, one of the participating firms.

The funds’ lobbying efforts are making gains. In February, GARJA’s renewal overwhelmingly passed the Georgia House of Representatives under House Bill 500. Its supporters say the program is a crucial tool in uplifting the state’s struggling rural communities.

Passing the Senate will be a tougher challenge. Influential Senators like Hufstetler are circumspect about the program and are on guard as the legislative session nears its close on Monday.

“Last year they attempted to attach [GARJA’s renewal] to another bill and the Senate rejected all of them. I have no doubt that they’ll try it again this year,” Hufstetler said.

Georgia was late to the party on this brand of free-wheeling rural tax credits that have little oversight about where the money is invested.

For decades, capital venture firms that stood to profit lobbied for and won similar tax credit programs in other states. The firms tried for years to gain a foothold in Georgia, but the General Assembly rejected their efforts. When the program passed the legislature in 2015, then-Governor Nathan Deal vetoed the bill.

Then in 2017, advocates for the plan made another push and a bill creating the tax credit for a five-year period narrowly passed in the final days of that year’s legislative session.

All told, the program has loaned $100 million to businesses in rural Georgia. That includes $60 million in state tax credits as well as $40 million in privately-raised funds.

Five investment firms were approved to participate in the Georgia program. Three of the participating funds, Advantage Capital Partners, Stonehenge Capital and Enhanced Capital, are based in Louisiana. The other two are Affordable Equity Partners based in Missouri and Community Capital based in Iowa. Each of the five funds will receive $12 million in Georgia state tax credits and are required to raise $8 million in private funds.

They in turn each invested $20 million in Georgia businesses located in the 118 small or rural counties.

“If we hadn’t had the program our business would have more than likely contracted,” said Doug Smith, president and CEO of Pearson-based Cady Bag Company, which received $5 million through the program. “I would have to lay some people off.”

But the venture capital funds have reaped millions off the program, generating interest off the loans with interest rates up to 9% while also receiving the principal payments, according to DCA data.

They also generated more than $2 million in fees off the $100 million loaned, according to DCA data.

Stonehenge Capital, for instance, generated $404,744 in fees on a $3.3 million investment made with Georgia Dental Management located in Dodge County.

Scholars and other critics who have studied these types of investment vehicles, known as capital company (CAPCO) investment programs, say they lack transparency, are a bad use of tax dollars and are very profitable for the investment firms that dole out the loans.

Julia Sass Rubin, an associate public policy professor at Rutgers University and an expert in tax credit investment models, said the investment funds generally get to keep the money the state invests into the program. She reviewed Georgia’s audit at the AJC’s request.

“What you basically have is a very expensive program that is bringing in people from out of state to make money from Georgia taxpayers without creating lasting value in Georgia,” Rubin said.

The programs have also drawn detractors outside of Georgia. Similar programs have passed in at least nine states and the District of Columbia. But only a few, including Georgia’s, remain.

A review of Alabama’s discontinued program found its cost was too high and the state would be better served considering other investment approaches. Florida discontinued its program years ago and recent efforts to revive it failed after the Orlando Sentinel investigated and found an Advantage Capital lobbyist wrote the legislation.

“It is amazing that we loan out $100 million with no information other than self reporting. No bank in the country would do any of this.”

Still, lobbyists for various investment funds are pressing ahead as similar rural jobs bills have been introduced recently in statehouses in Kentucky, Oklahoma, Massachusetts, Utah and South Carolina.

“I drive through these downtowns in small counties in rural areas, you’ve got windows bordered up,” Blackmon said. “If somebody has a better idea I am all for it.”

While the DCA has yet to publish the actual number of jobs created by the program, state auditors estimated that it has helped create or retain between 290 and 416 jobs.

The funds estimate a higher total of jobs will be created, projecting the investments made since 2017 will eventually produce or retain 1,300 jobs. Advantage Capital, for example, says its $20 million investment in six companies are projected to create or retain roughly 190 jobs—at a cost of $105,000 per job.

The state audit notes that businesses are not required to disclose revenue figures, and not all companies voluntarily shared their revenue. Jobs figures and projections are self-reported as well with little verification by the state.

“I drive through these downtowns in small counties in rural areas, you’ve got windows bordered up. If somebody has a better idea I am all for it.”

Moore at Advantage Capital said the audit is flawed and it’s too early to evaluate of the full benefits of the program.

“It takes time to measure the impact. You can’t do that year over year or after a couple of years,” said Moore. “It’s too soon of a look.”

As the General Assembly session approaches its last day on Monday, it is unclear where all of Georgia’s Senators stand on GARJA and whether they’ll renew it or, as they did last year, vote it down.

“Obviously there are some concerns about whether or not the tax credit creates jobs,” said Senate Appropriations Chairman Blake Tillery, R-Vidalia. “That is why the Senate makes a point of putting a sunset on tax legislation.”

To report this story the AJC filed public records requests with the Georgia Department of Community Affairs to review scores of pages of loan documents to help evaluate the Georgia Agribusiness and Rural Jobs Act program. The AJC interviewed key lawmakers, rural business owners and experts who track these types of tax credit programs across the country. The reporter also read a state audit and program reports to understand how the program operates. If you have tips about this program or others in state government, contact AJC investigative reporter Dylan Jackson at [email protected].

Thu Mar 31 , 2022
As France’s election race heads to the first round of voting on April 10, front-runner President Emmanuel Macron has a strong argument to persuade voters that the reforms of his first term are bearing fruit — a robust economy.  The French economy has bounced back faster than expected from the […] 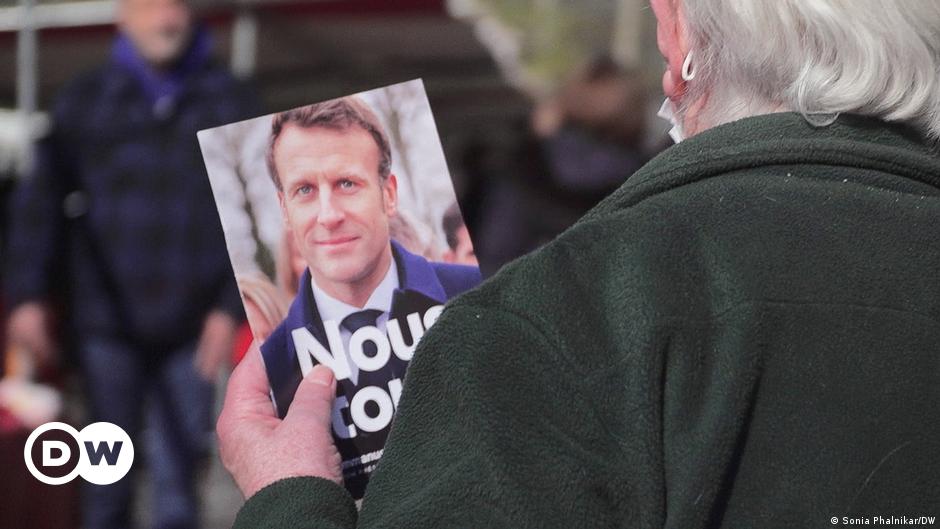