A common theme is emerging when business leaders gather to talk about economic development in Michigan, and it’s not the knowledge economy or the talent gap or shovel-readiness or any other buzzwords of the moment.

All those things matter, of course.

But something else keeps bubbling up: the corrosive state of Lansing politics. More specifically, concern over Michigan’s inability to advance a common agenda, even on matters as politically agnostic as attracting investment and stemming population loss.

Michigan’s reputation for partisan rancor — from rural school boards to the floor of the state Senate — is getting noticed nationally and even abroad, according to folks whose job is to market our fair mitten to outsiders.

“The political divide is a thing,” Maureen Donohue Krauss, president and CEO of the Detroit Regional Partnership, said during a panel I moderated this week for the Michigan Chamber of Commerce.

Donohue Krauss travels all over the world to convince companies to locate in Southeast Michigan, and “they do ask about the political divide. … It makes a difference where companies choose to invest,” she said.

Michigan isn’t the only state roiled by the same divisiveness that’s defining national politics, to be sure. The difference is we have more to lose than most.

The talent gap is real: A Detroit Regional Chamber report earlier this month revealed the state is falling behind in educational attainment, a key marker for attracting and retaining a diverse workforce. College enrollment is dropping, and too many of those who enroll aren’t getting degrees. Michigan is losing high-tech projects to southern states.

There have been some flashes of bipartisanship in the state Legislature, driven largely by the shock over Ford’s massive EV investment in Tennessee and Kentucky. A December package signed by Gov. Gretchen Whitmer pumped $1 billion into a multi-tiered economic development strategy designed to keep Michigan competitive for big projects.

But the kumbaya moments are few and far between. And the availability of a huge new pot of money means more fighting over how to spend it.

So what could help? Increasingly, talk is turning to rolling back term limits.

Some high-profile players in the economic development space say Michigan’s strict term limits law, now 30 years old, is getting in the way of meaningful government by forcing lawmakers to focus more on campaigning than solving the state’s problems.

The legislative churn generated by term limits has created “a vacuum filled by bureaucrats and lobbyists,” Marty Fittante, CEO of InvestUP, said during the Chamber panel.

Panelist Jared Fleisher, vice president of government affairs and economic development for Rock Central, is almost evangelical on the topic. He told the Chamber gathering that Michigan needs a “bottom-up moderate revolution” to break through extremes on both sides of the aisle.

“There is a lot of virtue in having the humility to listen to the other side,” he said.

A bipartisan group called Voters for Transparency and Term Limits is proposing a constitutional amendment that would allow legislators to serve up to 12 years in either chamber. Michigan’s current term limits restrict residents to serving three two-year terms in the House and two four-year terms in the Senate.

It’s not clear if the changes, which are nuanced and difficult to distill into a sound bite, will resonate with voters. Or if they could even make a dent in the deeply entrenched distrust that defines Lansing right now.

But the Chamber panelists agreed: Michigan’s “brand” is at stake. “We have to own our story, and tell it,” Donohue Krauss said.

The question is, what will it be?

Prepare to Buy a House in 4 Steps

Sat Apr 30 , 2022
Before you start the homebuying process, make sure your credit and finances are ready for homeownership. This means taking the time to improve your credit if needed and paying down debt, which can help you get a lower mortgage rate. You should also aim to spend less than 28% of […] 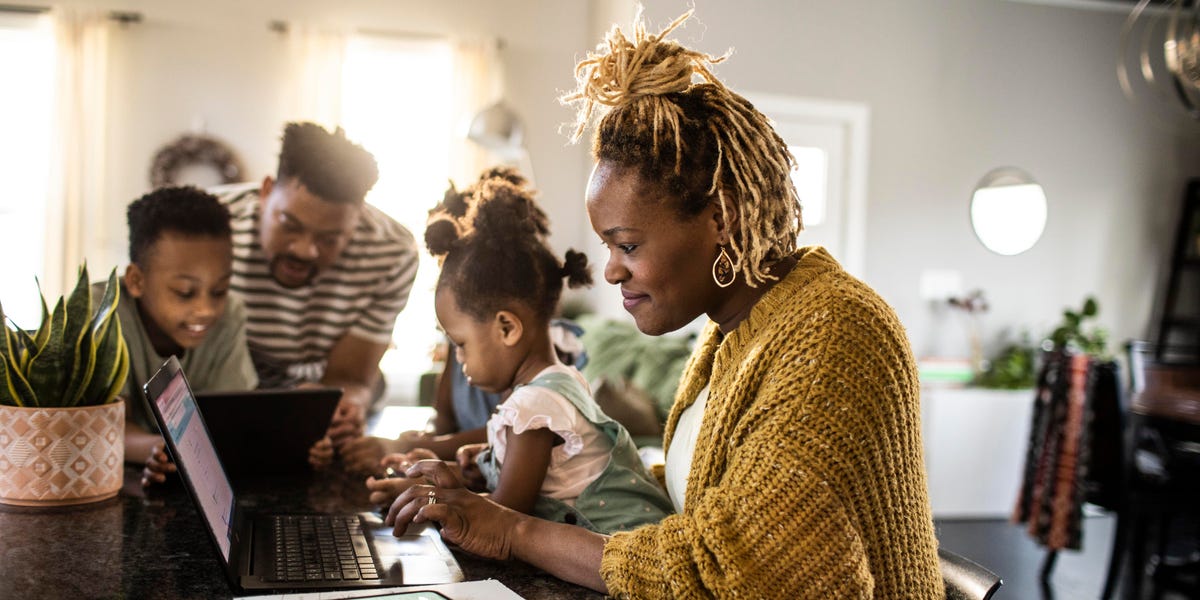