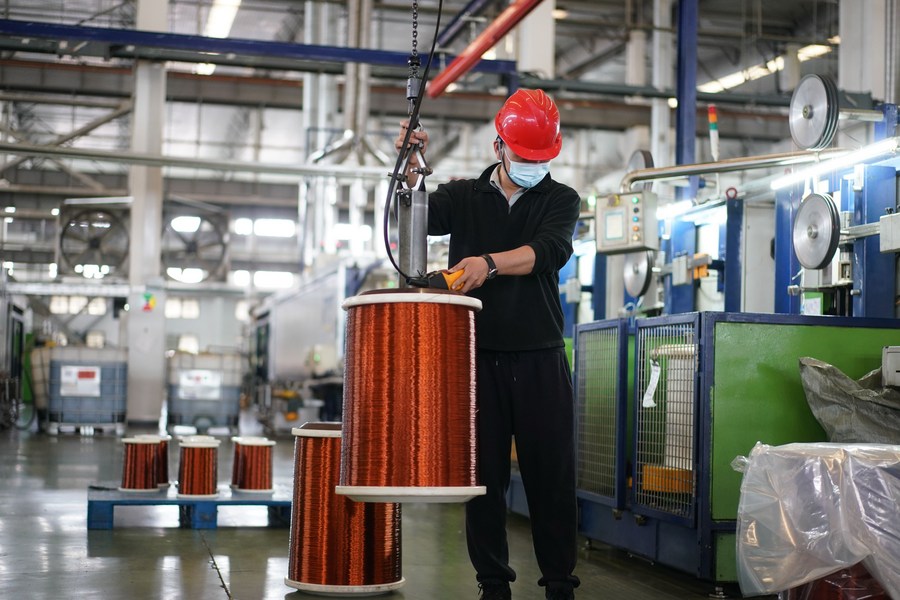 In the January-February period, the revenues of those firms went up 13.9 percent year on year to 19.4 trillion yuan, and 21 out of 41 industries saw growth in profits.

In the face of economic challenges at home and abroad, many regions and departments have boosted support for the real economy, facilitating the steady recovery of the industrial sector in January and February, said Zhu Hong, a senior statistician with the NBS.

Zhu highlighted those sectors involving energy raw materials, as they have contributed much to the increase in industrial profits in the past two months.

Among them, the profits of the mining industry increased by 1.32 times year on year, much higher than the average.

Despite rising profits, Zhu cautioned against rising costs for businesses, noting that the downstream enterprises, especially the smaller ones, are still under pressure.

More efforts should be made to ensure the supply of bulk commodities, so as to steady their prices, cut production costs for enterprises, carry out the supporting policies for the manufacturing industry, and fulfill the tax-cut policies for small businesses, Zhu said.  ■