Bank of Japan Gov. Haruhiko Kuroda has carefully ramped up his warnings on sharp yen moves as he tries to ensure that cracks don’t emerge between the government and the central bank on the need to continue with monetary stimulus.

“Recent yen moves have been very rapid,” Kuroda said in response to questions in parliament Monday. “That can cause trouble for companies when they make their business plans and we will need to take into account negative factors like these.”

Finance Minister Shunichi Suzuki also weighed in during the same parliamentary session, reiterating his view that excessive and disorderly swings in the currency, which is hovering at a 20-year low, can be negative. Last week he characterized sudden changes as “very problematic” and said a weak yen could be bad for the economy as the government firmed up its stance on the currency.

The comments come as investors turn increasingly bearish on the yen, which briefly strengthened to ¥126.25 against the dollar following the remarks. Most of the gains were given back by lunchtime in Tokyo.

Kuroda is facing a balancing act as he tries to stick with his commitment to keep stimulating a fragile economy without adding momentum to the weakening trend. The emerging consensus among traders in Tokyo is that the yen will reach ¥130 against the dollar in coming months.

“Kuroda probably didn’t want to give the impression that any gap with the government is widening,” said Hideo Kumano, executive chief economist at Dai-Ichi Life Research Institute. “By tweaking his remarks slightly, Kuroda is trying to show they are both on the same page.”

The basic stance of the central bank to keep interest rates at rock-bottom levels is diverging sharply from most global central banks outside of China, which are stepping up the pace of interest rate hikes. That’s the principal driver of the downward pressure on the yen.

While the prevailing view among economists is that the BOJ will try to stick with stimulus during Kuroda’s final year at the helm, some observers see the possibility of adjustments ahead.

Hideo Hayakawa, former chief economist at the central bank, said recently that he expects a policy adjustment as soon as July to stop the weakening of the yen.

Investors have been betting that the interest-rate divergence between the Federal Reserve and the BOJ will outweigh efforts from government officials to reduce the currency’s slide with their remarks.

Asset managers boosted bearish wagers to a record last week, while leveraged fund net-short positions were just off the highest in more than three years, data from the Commodity Futures Trading Commission shows.

“The uptrend in dollar-yen remains intact, just that the pace may become a bit slower as markets have priced in almost everything related to U.S. rate hikes,” said Koji Fukaya, president at Office Fukaya Consulting in Tokyo.

Kuroda’s gradual escalation of language, built on years of experience dealing with currencies at the Finance Ministry earlier in his career, is probably aimed at slowing moves and buying time rather than stopping the weakening. That could be enough to keep his stimulus rolling without any changes at all.

Still, if the yen crosses the ¥130 threshold, speculation of BOJ policy tweaks and even possible currency intervention by Japan could strengthen.

In a time of both misinformation and too much information, quality journalism is more crucial than ever.
By subscribing, you can help us get the story right.

Tue Apr 19 , 2022
Deerfield Beach, Fla., April 18, 2022 (GLOBE NEWSWIRE) — Corey Benish has joined JM Family Enterprises, an $18 billion privately held company, as the new chief technology officer (CTO). Technology is at the core of how JM Family offers value to its partners and improves the experience of its associates, […] 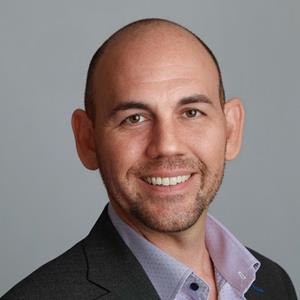