To hear more audio stories from publications like The New York Times, download Audm for iPhone or Android.

Joe Bruno, a former executive in the wealth management division of Wells Fargo, had long been troubled by the way his unit handled certain job interviews.

For many open positions, employees would interview a “diverse” candidate — the bank’s term for a woman or person of color — in keeping with the bank’s yearslong informal policy. But Mr. Bruno noticed that often, the so-called diverse candidate would be interviewed for a job that had already been promised to someone else.

He complained to his bosses. They dismissed his claims. Last August, Mr. Bruno, 58, was fired. In an interview, he said Wells Fargo retaliated against him for telling his superiors that the “fake interviews” were “inappropriate, morally wrong, ethically wrong.”

Wells Fargo said Mr. Bruno was dismissed for retaliating against a fellow employee.

Mr. Bruno is one of seven current and former Wells Fargo employees who said that they were instructed by their direct bosses or human resources managers in the bank’s wealth management unit to interview “diverse” candidates — even though the decision had already been made to give the job to another candidate. Five others said they were aware of the practice, or helped to arrange it.

The interviews, they said, seemed to be more about helping Wells Fargo record its diversity efforts on paper — partly in anticipation of possible regulatory audits — rather than hiring more women or people of color. All but three spoke on the condition of anonymity because they were afraid of losing their jobs at Wells Fargo or their new employers.

In an emailed statement, Raschelle Burton, a Wells Fargo spokeswoman, said the bank expected all employees to follow its hiring policies and guidelines, which are communicated across the firm. “To the extent that individual employees are engaging in the behavior as described by The New York Times, we do not tolerate it,” Ms. Burton said.

Ms. Burton said she was aware that informal directives about hiring diverse candidates had long circulated inside the bank. But those rules were from an earlier era that the bank’s current leaders had nothing to do with, she added. Most of Wells Fargo’s top management turned over in 2020 after a scandal involving the creation of fraudulent accounts damaged the bank’s reputation and led to more than $4.5 billion in fines.

The internal confusion around Wells Fargo’s diversity policies highlights how even the noblest goals can end up getting warped as they make their way from idea to practice, ultimately hurting the very people they were meant to help.

Two years ago, in light of the national reckoning on race that followed the murder of George Floyd, Wells Fargo was among the companies that pledged to increase diversity.

In a June 2020 memo to employees, Charles W. Scharf, who became the chief executive of Wells Fargo the year before, pledged to consider a wider array of candidates for jobs at the bank, but added that the bank struggled to find qualified Black candidates. He later apologized for the comment when the memo became public in September.

Following Mr. Scharf’s directive, Wells Fargo adopted a formal policy in requiring that a diverse slate of candidates would have to be interviewed for all open jobs paying more than $100,000 a year.

That August, Wells Fargo paid nearly $8 million to settle a claim by the Department of Labor that it had discriminated against more than 30,000 Black job applicants for positions in banking, sales and support roles.

Wells Fargo had already been trying to increase diversity. In 2013, a group of Black financial advisers at Wells Fargo sued the bank for racial discrimination, saying they were corralled into poor neighborhoods and kept away from opportunities to win new clients and partner with white financial advisers.

The bank settled the case in 2017. Wells Fargo paid nearly $36 million to about 320 members of the class-action lawsuit, and pledged to “take actions designed to enhance opportunities for employment, earnings, and advancement of African American financial advisors and financial advisor trainees.”

As the lawsuit progressed, Wells Fargo began requiring that at least one woman or person of color needed to be interviewed for each open job, Ms. Burton said. She added that the policy was not written down and was only for certain senior positions.

The policy was similar to the National Football League’s Rooney Rule, named for Dan Rooney, a former owner of the Pittsburgh Steelers. The rule was devised after researchers demonstrated to league officials that Black coaches were being shut out of job opportunities. It required the league to interview at least one nonwhite candidate for senior positions like head coach and general manager. Earlier this year, the N.F.L. was sued by Black coaches, who claimed they were subject to “sham” interviews.

“Well-intentioned people created these initiatives, but when they hit the ground the energy was devoted not to implementing them but finding a way to get around them,” said Linda Friedman, the lawyer for the Black financial advisers involved in the 2017 Wells Fargo settlement.

Mr. Bruno joined Wells Fargo in 2000 and worked his way up to market leader for Wells Fargo Advisors in Jacksonville, Fla. He oversaw 14 branches of the bank’s wealth management operation. He saw himself as a champion of diversity.

Mr. Bruno was mainly responsible for filling two categories of jobs — financial advisers and financial consultants, who work alongside advisers. He said that he was often told to conduct interviews with Black candidates for the financial consultant positions, which were lower-paying jobs. In most such cases, Wells had no intention of hiring those people because either he or his superiors had already picked someone for the job, Mr. Bruno said.

Mr. Bruno said he eventually refused to conduct the interviews. “I got a Black person on the other side of the table who has no shot at getting the job,” he told his bosses.

Barry Sommers, the chief executive of Wells Fargo’s wealth and investment management business, said that fake interviews wouldn’t even have been necessary for the financial consultant positions that Mr. Bruno was hiring for. Their salaries, Mr. Sommers said, fell below the $100,000 threshold that required a diverse slate of candidates to be interviewed per Wells Fargo’s 2020 policy.

“There is absolutely no reason why anyone would conduct a fake interview,” Mr. Sommers said. Rather than tracking the identities of interviewees, the bank focused on the results, and “the numbers are getting better,” he said.

But six current and former Wells Fargo employees, including Mr. Bruno, said that fake interviews were conducted for many types of positions. Three current employees said they conducted fake job interviews or knew of them as recently as this year.

In 2018, Tony Thorpe was a senior manager for Wells Fargo Advisors in Nashville, overseeing 60 advisers. Mr. Thorpe said his boss and the human resources manager overseeing his area both told him that if he found a financial adviser worth recruiting, and that adviser wanted to bring a sales assistant along, it was permissible — but the assistant’s job had to be posted publicly.

Mr. Thorpe, who retired from Wells Fargo in 2019, said he was instructed to reach out to colleges and business associations in the area where he could meet nonwhite candidates for the assistant job. Mr. Thorpe said he never conducted a fake interview, but was required to document that he had tried to find a “diverse pool” of candidates, even though he knew exactly who would be getting the job.

“You did have to tell the story, send an email verifying what you’ve done,” Mr. Thorpe said. “You just had to show that you were trying.”

Ms. Burton said that she couldn’t speak to practices under Wells Fargo’s prior management, but that the bank kept records of every job interview. The record-keeping is necessary because the Office of the Comptroller of the Currency, the nation’s top banking regulator, conducts periodic audits. While the O.C.C. doesn’t impose its own diversity standards for banks, it does check to make sure they’re following state and federal laws, including anti-discrimination laws.

Don Banks, 31, a Black wealth manager living in Monroe, La., was contacted by Wells Fargo twice before he was hired. In 2016 and 2017, a human resources representative from the bank told Mr. Banks that he had advanced past an initial interview round for a financial adviser trainee position and would be getting a call from a manager. Both times, no one called.

Mr. Banks had been submitted to fake interviews, according to a former employee who was a manager in the area where Mr. Banks had applied, and who participated in the hiring process involving Mr. Banks’s application. The person spoke on the condition of anonymity because he still works in the industry.

Mr. Banks was eventually hired in 2018 by Wells Fargo in a more junior position. Two years later, he was laid off during cutbacks in the pandemic.

“It doesn’t sound like a great experience,” Mr. Sommers, the wealth management chief executive, said. “It shouldn’t have happened that way.”

Zeus Jones Invests in the Future of Business

Wed Jun 1 , 2022
When you work in the business of transformation, it’s only natural to be inspired by your own advice. After 15 years of providing creative and strategic counsel—launching brands, loyalty programs, and helping big name clients including General Mills, Target, and Nike stay ahead of trends—Zeus Jones decided last fall to […] 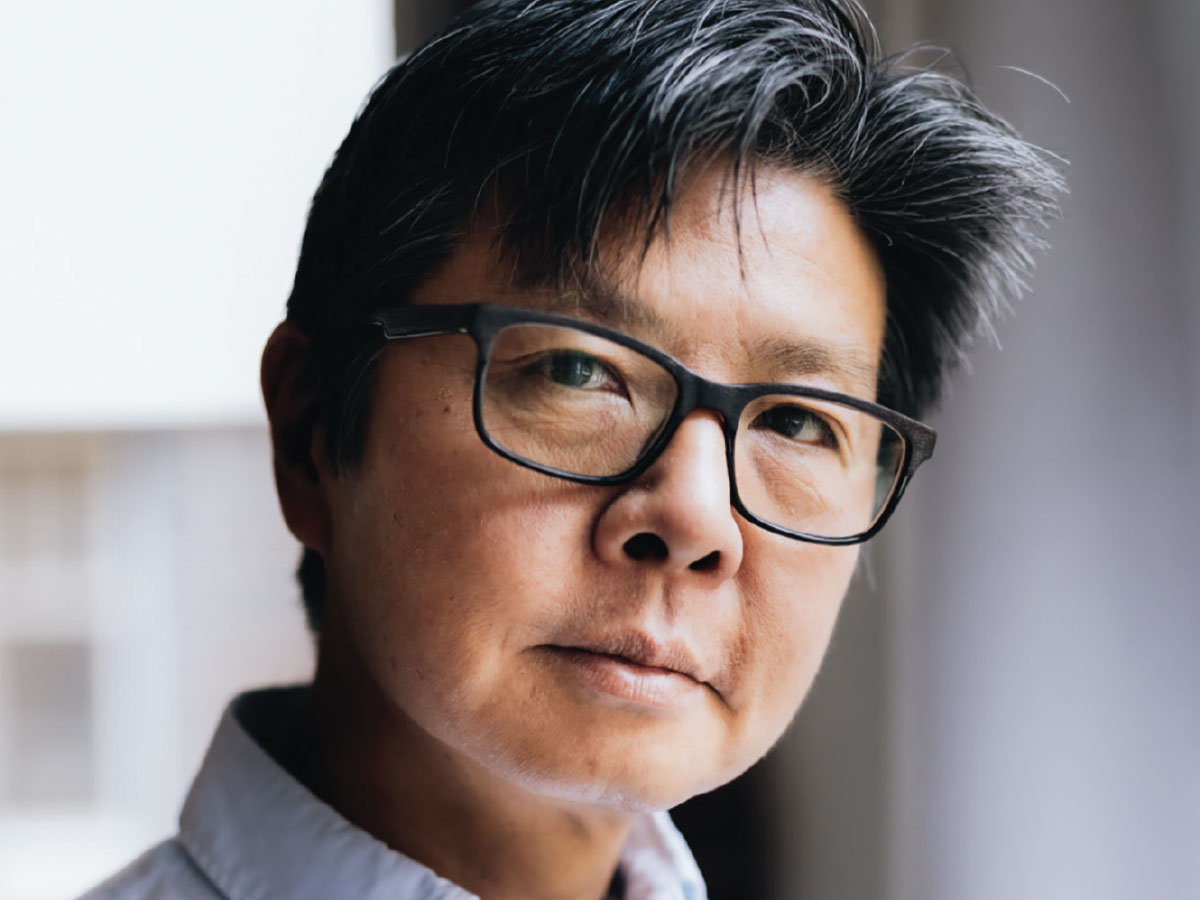