(Bloomberg) — A forensic audit of Adler Group SA uncovered accounting irregularities and an opaque system of consulting fees but stopped short of alleging fraud, allowing both management and its detractors to say they were vindicated by the findings.

Most Read from Bloomberg

The report — commissioned in response to claims by short seller Fraser Perring last year — identified 12.6 million euros ($14 million) in fees from Adler companies through unspecified “consulting” agreements that were paid to Austrian entrepreneur Cevdet Caner between 2018 and 2020. KPMG was unable to determine which services were billed by Caner, who has previously played down his involvement in Adler and who the report identifies only as Extern7.

While Adler’s management acknowledged that the report painted a picture of corporate shortcomings and sloppiness, it didn’t produce a “smoking gun” and ultimately refuted the allegations of systemic fraud, Chairman Stefan Kirsten said

“We spent millions to find weaknesses, and we found weaknesses,” Kirsten told reporters on a call. “It’s not a first-class acquittal, but it’s also not a catastrophe, we can fix this.”

The 125-page document delves into business practices at the company, which until recently was among Germany’s largest real-estate landlords before the allegations contributed to a large-scale disposal of assets. The report relied in part on a trove of emails, many hundreds of which Adler said it withheld to protect attorney-client privilege.

Kirsten, who joined in February after a career at real-estate behemoth Vonovia SE, faulted Adler’s past deficiencies in corporate governance, which he said were not in line with practices required for a publicly listed entity. Going forward, Adler will take steps to address these issues, and Kirsten said he can’t rule out “procedural, structural and personnel consequences,” without going into detail.

Fraser Perring’s Viceroy Research alleged that the Caner family used Adler to enrich themselves at the cost of other investors, often through related-party deals.

“It’s plain as day that it confirms much of our research,” Perring said in response to the audit. “Investors are clearly being insulted by the lack of cooperation and withholding of documentation. BaFin should immediately look at past communications to the market and why Adler withheld a significant amount of information from KPMG,” Perring said, referring to the German financial regulator.

Shares of the company rose 3.9% at 3 p.m. in Frankfurt, after earlier climbing as much as 20%. The cost of insuring Adler’s debt against default fell on Friday. Still, the swaps are indicating a roughly 50% chance that the real estate firm will default within the next five years, according to ICE data.

Other findings include a 411.8 million-euro difference between KPMG’s assessed market value for a sample portfolio of Adler’s development projects and the higher figure the company’s appraisers had provided. Kirsten said the discrepancy is among some of the points where Adler and KPMG disagree, and that different valuations on projects aren’t uncommon.

“The worst-case fears on Adler have been cleared today by the KPMG report,” said Mark Benbow, a portfolio manager at Aegon who holds Adler bonds. “The company themselves acknowledge that governance is weak and there are measures that need to be taken but crucially there is no fraud”

Still, Citigroup Inc. analysts noted that KPMG’s report included many damaging claims, from access of information, to construction reports and costs at Consus.

According to the KPMG report, Adler paid Caner consulting fees for services partly linked to “no discernible performance,” including a 10.6 million-euro payment broken up into 10 installments. Kirsten called that drip-feed payment method, stretched over two years, “not appropriate.” One payment was erroneously billed as 1 billion euros rather than 1 million euros, another had the currency changed from pounds to euros in handwriting.

A large section of the report focused on the relationship between Caner and members of his family on the one side, and Adler companies on the other. Emails reprinted in the report show Caner weighing in on strategy and financial performance as well as inviting staff on his yacht for Christmas.

In one exchange, Caner took issue with the the way one division was communicating with investors, writing that “‘I’m fed up with how things run in this company.” Other emails show that Caner had an influence over personnel decisions at the company and that not all board members were aware of his consulting agreements.

“There was insubordinate influence exerted on our company, but no systematic enrichment of individuals,” Kirsten said.

Senior employees at the real-estate firm gathered frequently for “strategy meetings” on his yacht and used his airplane for both private and business travel, the probe shows. Emails show him issuing directions to workers at the group, directors seeking his approval and, in one instance, being referred to as a “key person.”

Adler has already been forced to sell off about 40% of its existing apartment portfolio to pay down debt, a process it said showed Viceroy’s claims on inflated valuations were wrong. One of its largest shareholders, Aggregate Holdings SA, lost control of much of its stake as the shares plunged.

But the company, Aggregate and Kirsten said the KPMG report showed the scale of Perring’s allegations — that the business was built on systemic fraud — had been fundamentally refuted. KPMG, for its part, didn’t provide a summary of its findings in the report.

Aggregate said it was “pleased but not surprised that Adler was cleared of all material allegations,” in a separate statement Friday. A spokesman for Caner also welcomed the report.

For a QuickTake on Adler and Viceroy’s allegations, click here

Caner’s brother-in-law also had an interest in Partners Immobilien Capital Management Limited Partnership, a company that bought non-strategic development projects from Adler in December 2020, and still had to pay the company 189 million euros to Adler as of the end of June 2021, according to KPMG.

Adler consistently denied Viceroy’s allegations and hired KPMG to conduct a forensic audit after the publication of the report, while Caner filed a criminal complaint against Perring.

The report questioned the 375 million-euro valuation of the Gerresheim deal in Dusseldorf, for which full documentation was not provided. Given that the Gerresheim deal never materialised because the necessary requirements were not obtained, that deal has “vanished into thin air,” as Kirsten put it.

“The allegation that the sales price for the project company was excessive cannot be refuted by KPMG,” according to the statement.

KPMG also found that Adler Real Estate AG, a subsidiary of the group, once exceeded a loan-to-value threshold of 60% “considering the accounting corrections deemed necessary,” the statement said.

The German Bafin regulators said in a separate release that its accounting probe of Adler was continuing, and that it cannot say at this point if violations took place.

Kirsten justified the withholding of legally sensitive emails, saying that KPMG’s forensic unit does not hold the status of legal advisor. Providing the correspondence could have opened the company to legal complaints, he said.

The conclusion of the KPMG report paves the way for Adler to publish its delayed full year earnings, which were originally due at the end of March. The company said Friday it would stick to a revised plan to publish audited results by the end of April, following which it will launch a corporate governance review. The review will report back to shareholders in May ahead of the annual general meeting.

(Updates with more findings from report)

Most Read from Bloomberg Businessweek

Mon Apr 25 , 2022
By Ion Fratiloiu, Head of Sales, Yobota           Rapidly evolving customer demands are greasing the wheels of change within the UK financial services (FS) industry, with retail banking channel preferences shifting unreservedly towards digital. Progress made in open banking regulation in recent years has catalysed progress on this […] 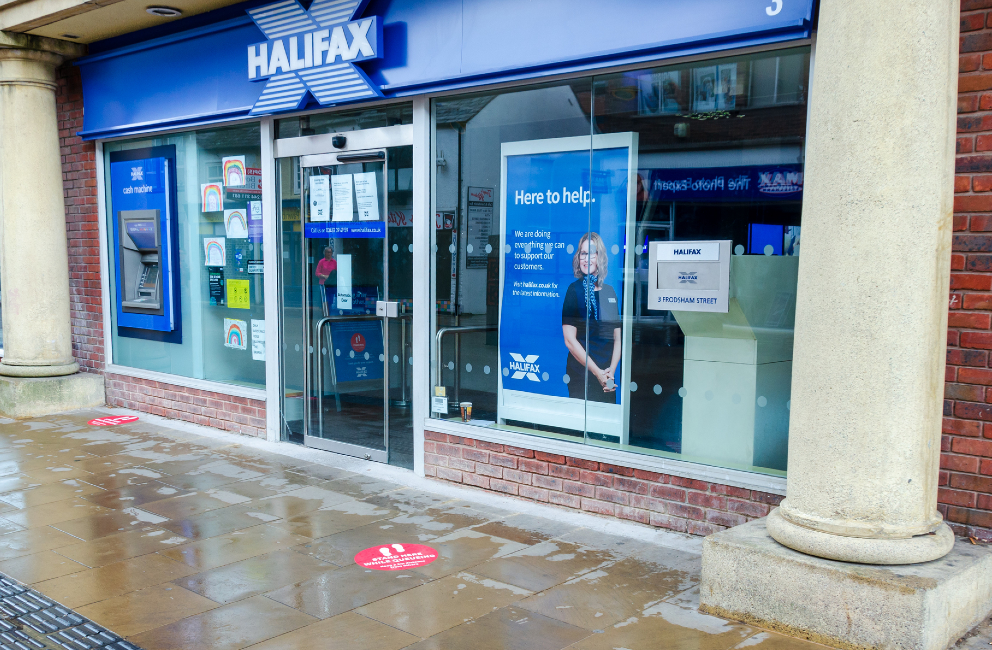